WE'RE HERE TO MOTIVATE YOU

Five Pediatric Disorders On The NCLEX

With so many questions regarding what one should study for the NCLEX, I thought it would be a good idea to take particular areas of study and highlight some of the disorders associated with them.  Today, I would like to share with you five pediatric disorders you need to know for the NCLEX.

Disclosure: There are some affiliate links below, but these are all products I highly recommend. I won’t put anything on this page that I haven’t verified and/or personally used

The most obvious sign of pyloric stenosis is projectile vomiting. Because the pyloric sphincter is restricted, anything the infant tries to swallow comes back up. Pyloric stenosis is most commonly seen in infants aged 1-5 weeks, but may be seen at up to six months of age.   Other symptoms include weight loss, persistent hunger and irritability.

Diagnosis can be by physical exam, initially, and then other tests, as indicated. Physical signs include dehydration, a swollen belly, or an olive-shaped mass when feeling the upper belly. Usually the first imaging test is an abdominal ultrasound. A barium x-ray will reveal a swollen stomach and narrowed pylorus. Blood tests will reveal an electrolyte imbalance related to vomiting.

If the physician feels surgery is necessary, a pyloromyotomy may be performed. During this procedure, an incision is made in the muscles of the pylorus to create a larger opening. If the infant cannot be safely put to sleep for surgery, an endoscope with a balloon attached may be used to widen the pylorus.  Prognosis for this disorder is good, as infants can usually resume small feedings within a few hours after surgery

Hirschprung’s disease is a congenital disorder that researchers believe is related to flaws in DNA instructions. It is thought to develop during the early months of pregnancy. As a fetus  develops, nerve cells are created throughout the entire digestive system.   These nerve cells are known as ganglion cells.  One of their roles is peristalsis of the digestive system. In a baby with Hirschsprung’s, the nerve cells stop growing at the end of the large intestine, just before the rectum and anus. Others may have an absence of these cells in other parts of the digestive system, as well. Because the nerve cells are absent, this means that the body cannot sense when there is waste present that needs to be expelled. This results in constipation and may lead to bowel blockagesor perforations.

Hirschsprung’s disease affects about one in every 5,000 newborns. A child who has another congenital defect may be more likely to have Hirschsprung’s. Parents who carry the gene, especially mothers, , may pass it on to their children. Symptoms usually begin within the first 6 weeks of life, with some symptoms occurring as soon as 48 hours after birth. Symptoms include a swollen abdomen, no bowel movements, chronic constipation, diarrhea (possibly bloody),  and green or brown vomitus. Older children may also experience extreme fatigue and growth issues.

A contrast (barium) enema can be used to allow the physician to see which areas of the colon are affected. An abdominal X-ray may show a blockage. Rectal biopsies may be performed, if the physician prefers. Anorectal manometry test inflates a small balloon inside the rectum to see whether the muscles of the area respond. This test is done only on older children.

Hirschsprung’s is a very serious condition.  If it is found early it can almost always be cured by surgery. One surgery option is a colectomy.During a colectomy, the part of the intestine missing the nerve cells is removed.  The remaining intestine is then connected directly to the anus. Another option is an ostomy surgery.  With this option, the affected area of the intestine is removed and the remaining intestine is routed to an opening in the abdomen. In children, the ostomy is usually a temporary measure until a colectomy can be performed.

When Reye syndrome occurs, cells in the body begin to swell and build up fats. Blood sugar levels drop and ammonia and acid levels rise in the blood. This can cause trauma to various organs, especially the liver and brain, where severe swelling may occur. In children less than 24 months of age symptoms may include diarrhea and tachypnea. In older children and teenagers, early symptoms may include ongoing vomiting and unusual fatigue. Left untreated, symptoms become more severe and include irritability, confusion, hallucinations, seizures, or loss of consciousness.

There is no specific test to diagnose Reye Syndrome.  However, screenings such as urine and blood tests may be performed, as well as screening for disorders involving fatty acids. Other tests may include spinal taps, liver biopsies, or CT scans. Also, there is no single treatment that will stop Reye Syndrome.  However, doctors can do some things to make sure it is managed. They can also try to prevent more severe symptoms and see that brain swelling is held down. These steps include: Diuretics to help rid your body of sodium and water (decrease edema), IV fluids, Vitamin K to assist with clotting, platelets, and plasma when liver bleeding occurs.
How well a person recovers from Reye Syndrome and the chances of long-term brain damage depend upon the extent of swelling of the brain and how long the syndrome is left untreated.

Tracheoesophageal fistula (TEF) is a condition in which a fistula connects the trachea to the esophagus. Food and saliva pass through the fistula into the trachea and can get into the lungs. This can make a child cough or choke and lead to lung infections or pneumonia. Esophageal atresia (EA) is a condition in which the esophagus does not form completely. Usually there is an upper and lower portion of the esophagus, each of which has a closed end. A baby with EA cannot eat or drink by mouth because there is no way for food or liquid to travel from the mouth to the stomach.

Although TEF and EA are two different disorders, they are most often seen together. TEF/EA is not thought to be inherited, but are considered congenital disorders. About 1 in 4,000 children are born with TEF, EA, or both. Approximately one third of these children are born prematurely.

Symptoms usually include coughing or other respiratory symptoms. These symptoms are especially obvious during feedings. When both TEF and EA are present, the symptoms are usually obvious shortly after birth. Symptoms include difficulty breathing and coughing or chokingwhile trying to swallow.

Most TEF/EA babies will require surgery soon after they are born. One option, esophageal anastomosis, occurs when the surgeon opens each closed end of the esophagus and connects those ends together to form one uniform structure. Another option, a thoracotomy with fistula ligation is a surgical procedure in which the surgeon gains access through the pleural cavity to the esophageal fistula and performs a ligation. This allows there to be a separation between the trachea and esophagus, as should occur in a healthy body. Without surgical complications or post-operative difficulties, prognosis is good. 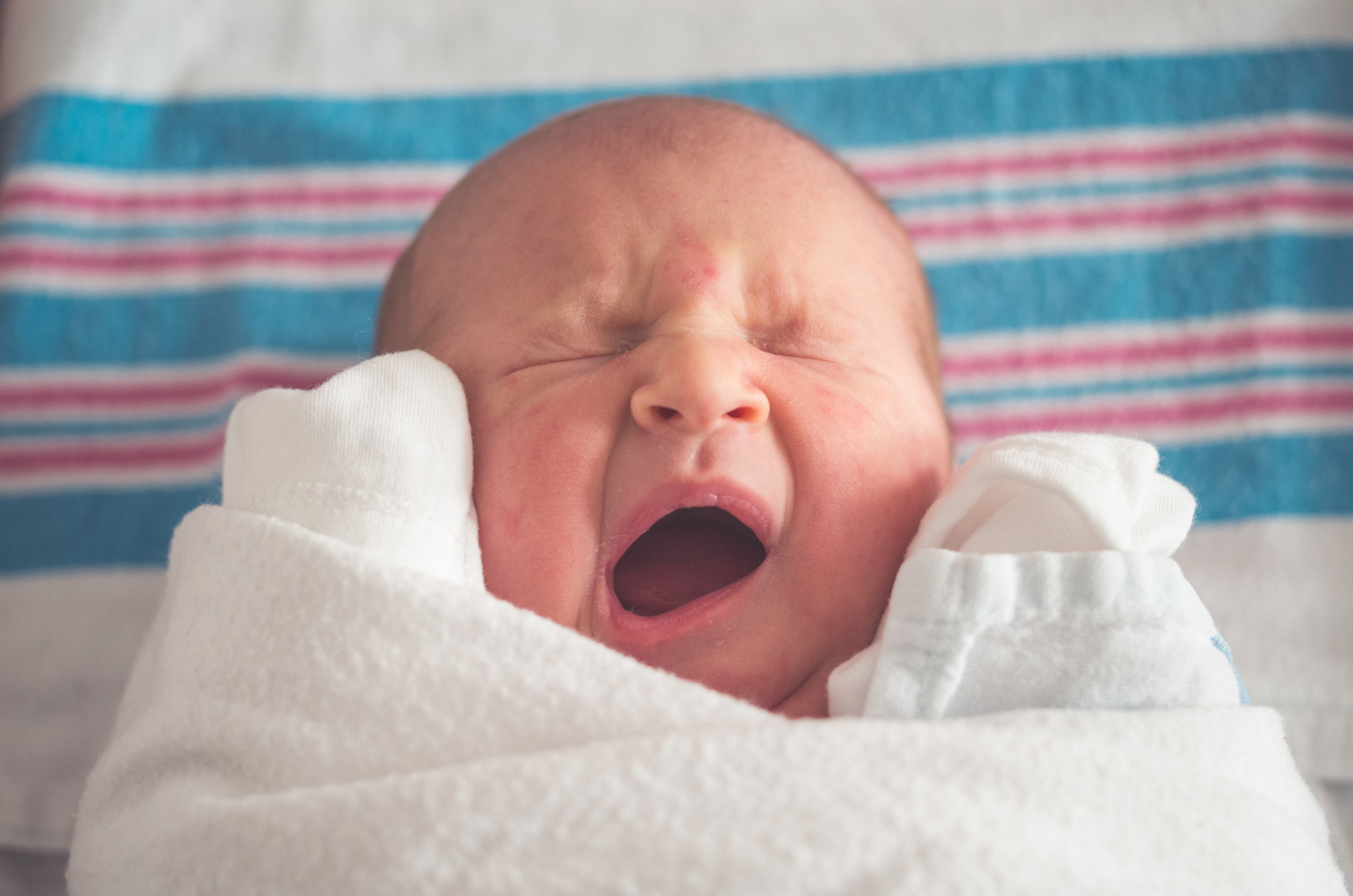 Phenylketonuria (PKU) is an inherited disorder that results in increased levels of the amino acid, phenylalanine, in the blood. High protein foods are the main source of phenylalanine.  Left untreated, PKU can cause phenylalanine to build up to harmful levels. This can result in serious health issues, including intellectual disabilities.

Symptoms of PKU may be mild or severe. The most severe form of the disorder is known as “Classic PKU”.  Infants with Classic PKU may, actually, appear normal until they are at least a few months old. Without treatment, permanent disabilities including seizures, delayed development, behavioral problems, and psychiatric disorders may occur.  Side effects of excess phenylalanine in the body may also include amusty odor of the skin or urine. Children with classic PKU are, also, likely to have skin disorders such as eczema and may have more fair skin and hair colors.

When Mothers Have PKU

Remember, no one has the exact same test. Whether you have one pediatric question or one hundred, remember…. You’ve got this!  Now, go rock the NCLEX like the nurse you were born to be!!!

Are you  a new mother?  Trying to navigate motherhood?

Visit Enfamil for baby formula needs and visit our health and nutrition store for baby products and products for women https://bit.ly/healthyshopstore. 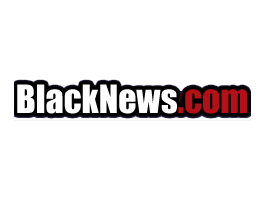 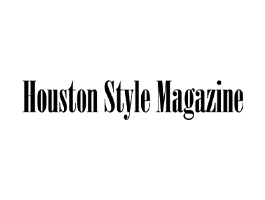 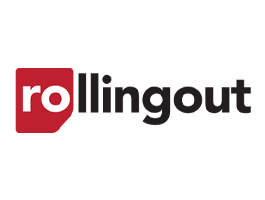